Reality ‘What If’ Fantasy–Tyson Fury vs Deontay Wilder

A rare astrological phenomena  of top prospects Tyson Fury and Deontay Wilder having aligned on separate cards ready to fight this Saturday has torn a rift in the gravitational  pull of the earth’s magnetism  that has sparked this rare communiqué.

Message from  Mars, The God of War to The Goddess of Mother Earth, Ceres:

Would you direct two of my better known, most promising prospects to summon the stones to fight each other. I am on duty for supplications to insure this modern British/American rivalry comes off.

Wow, two near prime, stratospherically bodied heavyweights and undefeated knockout artists with shining amateur records fighting on the same day in different locales when they could be making a small fortune and acclaim for fighting each other.

What a matchmaker Mars would be if he can pull this off, but he needs plugged in team members and an enthusiastic promoter to pull it off.

Young 22 yr old Fury has been fighting around the same time frame as the 26 yr old Wilder in parallel worlds a continent apart, so ‘What If’ they do what is expected and knock out their scheduled opponents? Would there any shortage of boxing fans with a pulse and the hope of a good ol’ fashioned heavyweight slugfest between two young warriors bringing it who wouldn’t storm the gates for a look see?

With the exception of a few crusty old curmudgeons and callous youth, me thinks this could grow some legs and make for an international broadcast, particularly if Fury would storm Wilder’s home state of Alabama under the guise of the newly minted boxing commission that Wilder’s team played a role in creating that you can read about here:

A well planned promotion would solve the dilemma that Fury faces of late, that of opponents falling out, leaving him fighting a succession of emergency replacements that you can read about here:

Fury has actually been bouncing around as a fringe contender for over a year now since the date of his first victory and belt for the English title against Big John McDermott. Wilder remains beltless thus far which could toss the proverbial monkey wrench in to any projected fight.

Fury has already gone the distance in a 10rd championship fight, and was in a 12 rd championship fight that he ended early with a big knockout. Wilder, in spite of being the more physically mature fighter, has never been further than the 4th round of a 6 round fight, so he would be at a distinct disadvantage except that he would hold the hometown advantage.

Would Wilder seize the opportunity?

Much depends on whether Wilder can get by unranked career lightheavyweight DeAndrey Abron this Saturday and how hungry he is to fight a heavyweight with a pulse and a punch and a rating. At his current rate of development, if he lives to be 90, he might be ready for a title shot.

Notwithstanding, he seems like a good kid who is making ‘The’ debut fight of the new Alabama Boxing Commission this Saturday, so if he is satisfied with the comforts of home, he’ll have a nice soft place of retirement where he has some influence if his push forward gets any softer than it currently is.

Wilder is exactly the type of undefeated young slugger Fury seems to have developed a penchant for recently. Marcelo Luiz Nascimento has a near identical Boxrec ranking to Wilder, 102 to 100 respectively, and Rich Power was equally big, strong, undefeated and big punching until Fury knocked him about the ring.

While Fury has already stepped up his competition, when will he fight someone near his own current ranking again, currently 28th on Boxrec? The closest prime, ranked, undefeated heavy below him is 28 yr old American, Seth Mitchell, 20-0, 15 KO at 33rd. The closest above him is 25 yr old  Russian Denis Boytsov, 25-0, 23 KO at 24th.

Wilder has stated that he’s open to sparring with any heavyweight preparing to fight one of the Klitschko brothers, so with Fury in training with Manny Steward and Wlad now, it seems a perfect rivalry is ripe for the plucking. Prospective heavyweights  need to man up to the mark before the day finally comes when nobody shows up to watch OR to fight anymore. 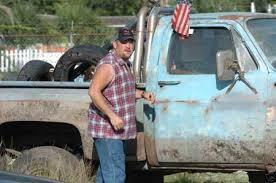 Don’t mess with Mars, fellows, just git ‘er done as Larry the Cable Guy is want to remind us so he can git on back to work installing all the new cable orders a fight of this magnitude would generate.

Had some great sport mixing and matching you two and hope to see you in action soon.