Big Tyson Fury, 26-0, 19 KO came out of hibernation for his fans in Manchester a couple months back, so here he returns to console and consolidate his Irish fans in Belfast against Francesco Pianeta, 35-4-1, 21 KO, currently ranked 140th on Boxrec, but a former title contender before taking some hard losses. That would be Saturday, August 18th @Windsor Park. 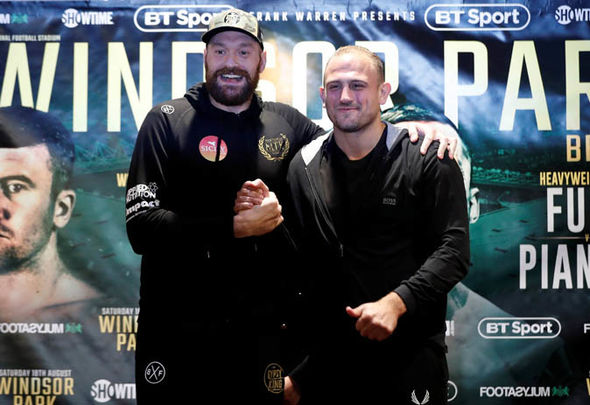 One would suppose Fury’s previous rust removing Sefer Seferi bout was training for a Tony Bellew sized fighter who is currently boxrec ranked 4th over the 5th ranked Fury. Pianati would be a practice against an Anthony Joshua sized fighter, currently the boxrec #1. Along with Joshua and Bellew, the three Brits dominate the top heavyweight rankings and are currently the three most popular English fighters in Britain, so Fury seems to have got his natural promotional wits about him in his heralded return.

Pianeta wouldn’t normally have much of a chance against Fury in the past, but here he could catch a lackadaisical, carefree Fury clowning around for for a big downing, so we shall see.