Tony Bellew is the 2nd hottest British fighter going these days next to the international juggernaut of Anthony Joshua, but now Bellew makes a move back down to Cruiser for a crack at the latest wunderkind on the block, Oleksandr Usyk, the winner of every cruiserweight belt on the planet that counts for anything. The action takes place in Merry aulde England, ie Bellew’s home environs Saturday, November 10th @Manchester Arena, Manchester, England

It’s quite difficult to see how Bellew wins this thing short of a crippling Usyk injury, but he is a very clever lad with a sneaky punch, so we cannot dismiss him outright. Bellew’s biggest problem this go round after epic mullerings of David Haye bumrushed him to the international limelight is that the undefeated Usyk is not only very agile on his feet, unlike the crippled Haye, but has become quite adept at going into a fighter’s hostile territory as he did most recently with the top ranked Russian, Murat Gassiev. Bellew is well aware of modern boxing’s stay at home mentality, and thus may well be very defensive to lay in wait for any Usyk error to pounce on to leverage a takeover of the fight. Bellew is also in a great upswing mentally bolstered by Usyk being the UK interloper if the fight goes to a decision.

A weakness of that strategy is that with all four of the major titles on the line, the BBB of C may be forced into accepting an international cast of judges, and perhaps also the referee. The BBB of C referee selection has generally been sacrosanct, so we shall see.

There has been a growing public awareness of how punch drunken sensitive the ruling ABC orgs and the various commishes have become over the near weekly outrage by fans over their  bumbling oversight of such high powered bouts as this is, so perhaps for once the public has waged a good fight for improvements to the sport that desperately needs to upgrade itself. 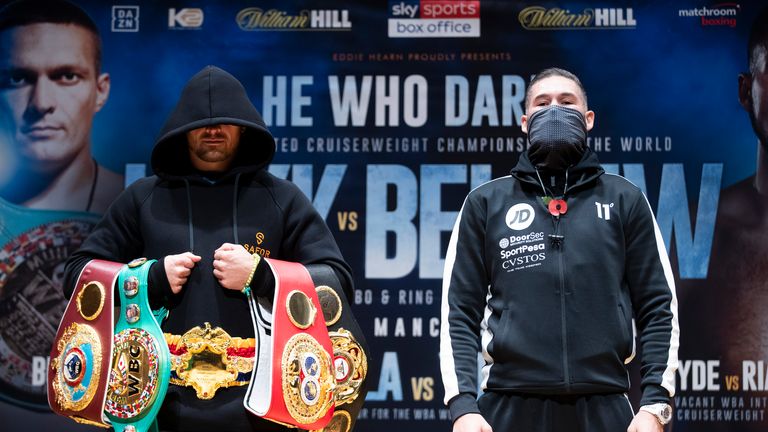 Ominous vs The Bandit~Who You Got?

Bas Rutten is President of the newly formed World Bare Knuckle Fighting Federation, with their inaugural kickoff in Wyoming on Friday, November 9 being that Wyoming is the only state where bareknucks fighting is legal. 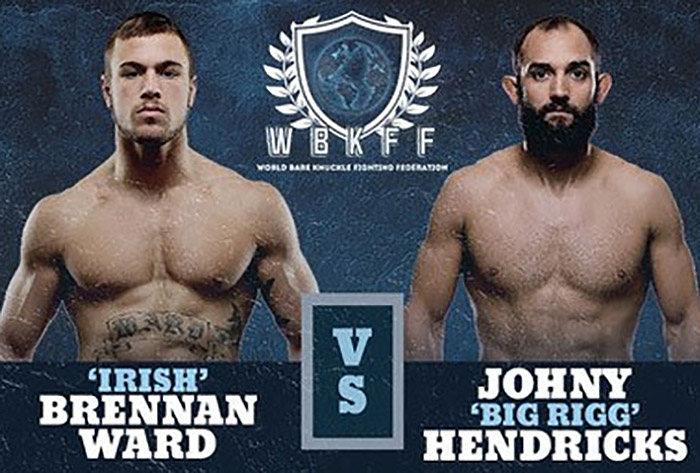 Bas seems a rather easy chap to get along with, but his brawls outside of boxing, principally in bars where tough guys want to challenge him are legendary. I would rather bank on fleeing for my life rather than have to face this. 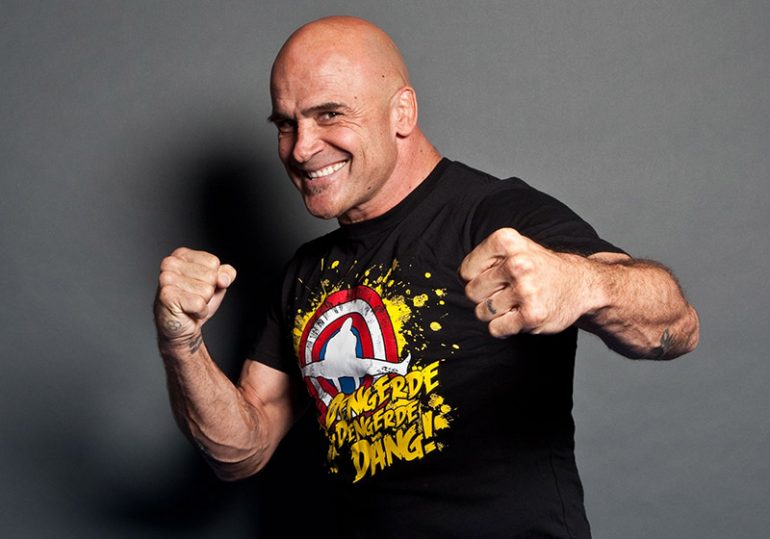 His time engaged in martial arts is the stuff of legend, and for sure he means to add on to that legacy.

Recruited into the Japanese Pancrase League as a raw rookie, the precursor to MMA and UFC, and promptly rose to the top enough to be considered the best ever.

Then recruited into the MMA/UFC leagues where his record is a stellar 28-4-1 with 12 TKOs, 13 submissions, and 4 decisions with his 4 losses being by 3 submissions and 1 decision, where again he was a novice learning on the fly against the cream of the experienced fighters.

Then he moved into Japanese wrestling for his “elder” years.

Wow, and so many other accolades and certifications, that if anyone can turn bareknucks into the newest combat sport darling, it has to be him. Good Luck!

Veni, Vidi, Vici. Nonito Donaire has not only turned the WBSS Banty Tourney on its head, but stopped a personal slow spiral to the depths of career irrelevancy to burst forth into Boxrec’s #3 Banty ratings when he retired the tourney #1 seed, Ryan Burnett.

OK, Burnett was suspected of having a slipped disc, but nonetheless he made it through training to toe the scratch line, and without Nonito’s heroic efforts, he could have coasted to the win.

So, is Nonito back at the top permanently? The tourney has a few left who might be seen as favorites over him, but he looked mighty good in moving down to banty, so the rest of the boys have been served their notice. Nonito can’t afford to play around at this latter stage of his career. No doubt he his pumped, primed, and ready to rumble his way through.

The oversight of the judging was severely lacking, grotesquely displayed with the scores given in this “administrative” compilation of the 3 scorecards. One error was crossed out as a substitution was made. Judge Marin’s side of the ledger shows a simple arithmetic error no schoolboy would wish to embarrass himself by. Burnett’s side of the ledger shows a score of 38 at the time of the stoppage, whereas the numbers add up to 37. I would wish this the rare mistake in boxing, but it happens too often along with the rest of their ham handed oversight of boxing. 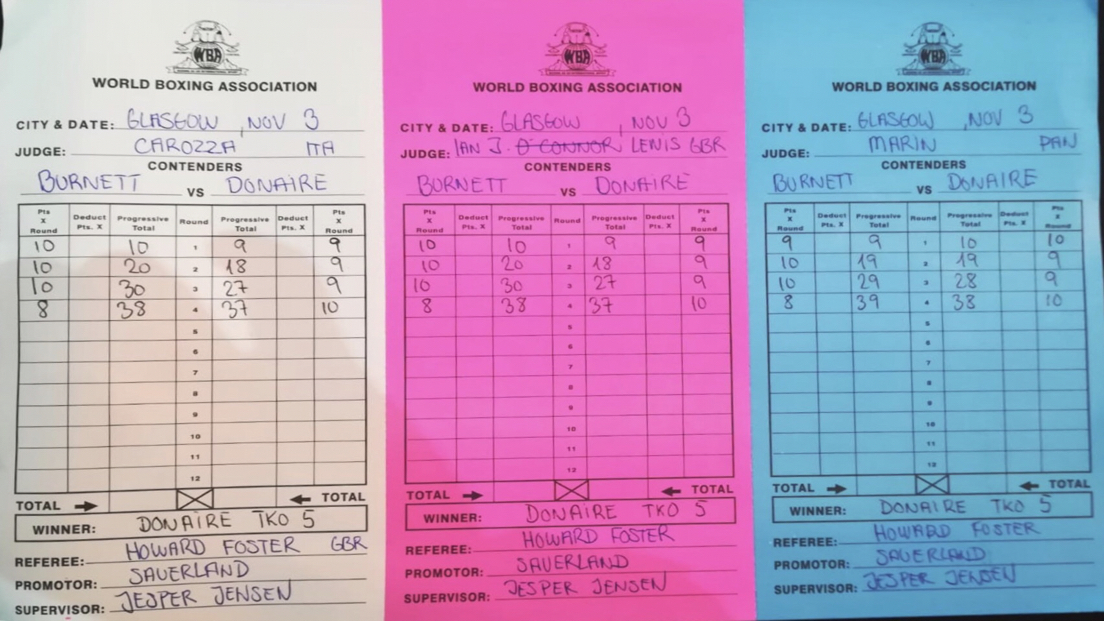 What comes next? Stay tuned!