Lot’s of Floyd Mayweather “he said/she said” trepidation going into this 3 round New Year’s Eve privately funded exhibition. He’s supposed to receive a small fortune, yet was willing to forfeit all when his feets suddenly got cold.

Everything murky about the fight as you can see in the brief history that follows, but here’s a link that may or may not work, and given it’s a 3 round exhibition, it’s so short that it’d be easy to miss:

Here’s Floyd, aka TUE 50-0, announcing his 3 round exhibition in Tokyo with his adversary, a touted Japanese MMA banty name of Tenshin Nasukawa. TUE promised Blood, Sweat, and Tears for his Toyko performance.

Here is Tenshin in training, reportedly exceedingly quick like lightning and very young, variously listed between 20 and 24 years old.

Thing is, if you’re a Floyd Mayweather fan, might not want to book an expensive trip to Japan for the previously announced New Year’s Eve exhibition he had promoted at a news conference in Tokyo.

Mayweather on Instagram said he had never agreed to a formal bout with Japanese kickboxing phenom Tenshin Nasukawa, and that he had been “derailed” by the magnitude of the event…REALLY?

“Now that I am back on U.S. soil after a long and disappointing trip to Tokyo, I now have the time to address you, my fans and the media in regard to the upcoming event on December 31st that was recently announced,” Mayweather wrote. “First and foremost, I want it to be clear that I, Floyd Mayweather, never agreed to an official bout with Tenshin Nasukawa. In fact (with all due respect) I have never heard of him until this recent trip to Japan.” 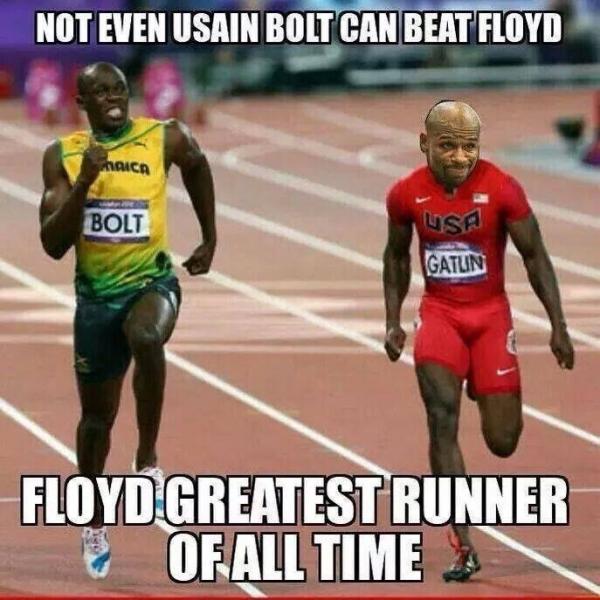 “For the sake of the several fans and attendees that flew in from all parts of the world to attend this past press conference, I was hesitant to create a huge disturbance by combating what was being said and for that I am truly sorry. I am a retired boxer that earns an unprecedented amount of money, globally, for appearances, speaking engagements and occasional small exhibitions.”

Fled squalling back to his daddy in Vegas like he did in the Marcos Maidana rematch. Daddy Sr changed his Oopsie Poopsie sagging diapers with a pep talk, hence:

Floyd Mayweather has arrived in Japan ahead of his exhibition boxing match against Tenshin Nasukawa on NYE. It was revealed at a presser that Kenny Bayless will referee the event and there is a penalty clause which will see Tenshin face a heavy fine if he uses any MMA moves. 178 9:21 AM – Dec 29, 2018

Yupsir, I gather TUE’s #1 Houseboy is gonna protect him from the superbad little Banty Tenshin as he’s done in so many of TUE’s MGM Vegas fights that was part of the bucking up needed, yet plenty of time left to go back squalin’ to Vegas. The good news is since it’s a private, exclusive exhibition, TV rights are supposedly blocked in the US and Japan, but perhaps can be found in other countries. Supposedly the extensive MMA undercard may be available in the US.

If you want to know how TUE really wins his fights doing next to nothing, here were the headlines in his last “farce” against Conor McGregor, a UFC fighter making his boxing debut in August of last year.

Japanese in general ain’t interested in promoting losing financial propositions, so I surmise this private enterprise to have some sort of private boxing decision for the big players, but who could know in such an opaque operation as this?

Some savvy old salts may recall the big exhibition back in Japan when Ali took on Japanese MMA fighter Antonio Inoki. Ali got cold feet when folks there started talking about Inoki shoving his hand down Ali’s throat to rip out his heart, so some hastily arranged neutering of Inoki limited him to just 10% of his arsenal that resulted in the farce that put Ali in the hospital in critical condition until Japanese Docs could get him stabilized. After this scary moment Ali replicated many more scary moments that left him a quaking shadow of what he started life as, a heartbreaking witness to a fighter who hung on to the sport too long.