Saul Alvarez continues to add to his P4P middleweight legacy by taking on the larger, rangier, Ring ranked #2, Danny Jacobs @T-Mobile Arena in Vegas this Saturday, May 4th as an integral part of Cinco de Mayo celebrations that Canelo is noted for.

Just to give you an idea of Canelo’s size disadvantage, at the prefight mandatory 30 day weighin, Canelo was 168.2 lbs and Jacobs was 175.4 lbs, a 7+ lb weight advantage for Jacobs that represents the next division up. Of course Jacobs risks being weakened by having to lose that much more weight to make the 160 lb middleweight limit come official weighin for the fight, but dollars to donuts he makes 160 limit to storm back to that 7 lb weight advantage after both rehydrate. He’s just that much bigger than Canelo and playing a dangerous game having to lose so much weight only to regain it come fight night, but of course such hidden physiologic dangers are the nature of modern boxing and always has been for those 16 divisions below heavyweights. Heavies have never had to meet any limit save being above the 200 lb modern minimum weight in an otherwise open class. 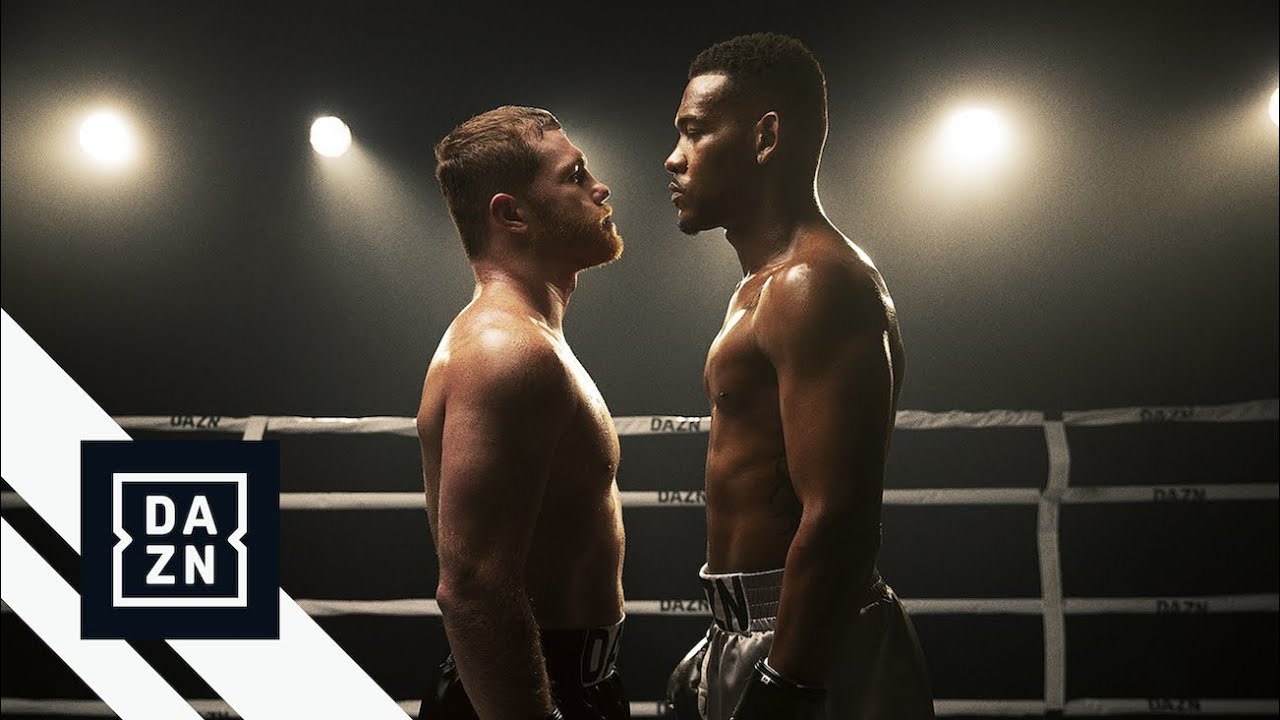 The 32 year old Jacobs, 35-2, 21 KO, is also a well skilled, well experienced boxer/puncher with the ability to “run” when needed that we will probably see in this fight. He earned his Miracle Man ring alias the hard way by miraculously cheating death after being diagnosed with a terrible form of bone cancer. Usually such a life draining illness extracts much of the starch out of any survivor, but Danny started in as a young healthy fighter in great condition, so  in cooperation with the mental and spiritual fortitude needed to supplement such horrific cancer treatments, Jacobs “Licked The Big C” to paraphrase John Wayne after losing a lung to cancer to fight his own way back, and Jacobs seems to have caught lightning in a bottle during his comeback. In short, Danny’s much better than before he came down with cancer, quite a comeback.

Stylistically this is a match between two primary boxer types with good power with Jacobs being significantly taller, rangier, and heavier, thus in theory stronger, but not necessarily. Other than than owning that greater range than Canelo and faster feet for running purpose, victory will come down to subtle boxing and or/fighting differences as each put the other through their paces. Many are predicting Canelo will knockout Jacobs who has been knocked out once before. Sure, anything is possible in any fight, but I don’t personally see that happening though he may get knocked down. Canelo has never tasted the canvas or even hurt for more than a nanosecond in comparison.

A notable element in the build up to this fight is Jacobs making much public noise about how he thought Gennady Golovkin beat Canelo those two times they fought that were officially scored a draw and UD for Canelo, and additionally that he, Jacobs, beat Golovkin in their fight where Jacobs was knocked down and took a decision loss. Going in that fight, Jacobs forfeited his IBF belt after skipping the same morning weighin the day of the fight, that morning weighin having recently gained traction in boxing’s futile attempt to limit the extreme weight losses to make weight before packing on weight gains during the 36 hour prefight interim that may add as 20+ pounds from the official weighin. At best this kind of talk is whistling through the graveyard on a moonless night, and at worst the boxing suits and officials may become irked in knowing that their decisions and actions are called into question after Jacobs himself declined to follow their regulations.

In short, you ain’t supposed to bite the hand that feeds you unless you fancy the dog pound accommodations.

I have long addressed the shambles of the illogical 10 point must system of scoring in boxing used as a smoke screen by disreputable boxing suits to gloss over their incompetent oversight of boxing that has driven not only core fans away, but also any new fans who quickly become discouraged over weekly outrages all over the globe. Such is what we the people expect these days In A World Run by Marketing with no ethical or quality control over the products they produce.

Moreover, Boxing’s failing hamhanded drug testing has riled up the boxing populace ill equipped to deal with the lack of transparency of these dubious sycophants. Here is there latest travesty of figuratively trying to put leg irons on this track athlete who has passed all their gender test and drug tests, yet by dint of what used to be seen as a happy accident of genetic endowment that so many of the greatest athletes are blessed with, they want to fill her with drugs and hormones so as to lower her naturally high testosterone count to typical female levels so the other gals can have a better crack at all the prize money she’s running away with. And when are these Nazi wannabees gonna start forcing us to dumb down to their level?

I don’t make this kind of DUMB up:

For this fight both fighters are VADA enrolled, yet we also have the backdrop of Canelo’s 6 month suspension after testing positive for ghost nanograms of a legal substance in Mexico’s food chain. Now we have yet another report of our aquatic wildlife testing positive for “banned drugs” through no fault of their own other than being helplessly trapped in the modern drug addled global environment. The world has never been filthier, and worse, it’s getting filthier by the moment with no end in sight, an apt metaphor for boxing me thinks.

Jacobs further heaped it on Canelo by saying he has lousy footwork that can be exploited. In particular, he noticed what I noticed during Canelo’s last fight, a crucial detail that may or may not play out in this fight, that of Canelo wearing an elastic knee wrapping, aka, a brace. It was not so long ago between the Golovkin fights that Canelo had knee surgery, so could his wheels indeed be flying off in his prime years to leave him stranded like a beached whale for this fight?

This will be Canelo’s 55th fight in his 15th year of boxing and logging 379 rounds in the ring in comparison to Jacobs 38th fight in 13 years while logging 157 rounds in the ring, less than half the ring wear and tear of Canelo. Few modern fighters today get to Canelo’s ring totals at the highest level of boxing save for Manny Pacquiao, so like Max Schmeling noted in the leadup to the first Joe Louis fight in Yankee Stadium that packed 60,000 fans back when boxing was more fan accessible, maybe Jacobs “zees zumtink.”

Canelo is still in full glow of his largest athletic contract in history, $365 million over 11 fights after signing with the broadcaster of this fight, DAZN. He made his DAZN debut by ostensibly winning his third division title with the World Boxing Association World Super Middleweight Title held by Rocky Fielding @Madison Square Garden that was also his New York debut. The fight seemed a bit orchestrated to me, but then given all the massive media splash, it could be Rocky was psychologically left as a deer in the headlights, a typical syndrome for anyone in any profession stepping up on the big stage for the first time.

In spite of a sometimes acrimonious relationship with the WBC, Canelo has also inspired them to continue a series of one off championship belts for his fights that has resulted this Mayan belt replete with Mayan calendar symbology and copious Mayan religious figures carved out of native Mayan jade. Moreover, the belt seems to have been made large enough to encompass even El Gordo hisself, Mauricio Sulaiman.

*** Also note the staged theater of Mayan religious figurines in a colorful pantomime as the introductory fanfare of the new belt.

Like middleweight great Marvin Hagler once stated after he got used to sleeping in a cushy bed in silk pajamas, motivation becomes difficult to train as hard as he was accustomed to, and very much like Hagler, Canelo is always in first rate condition as is Jacobs who has earned enough purse money in his comeback to count himself a millionaire in silk sheets, just not in the same multiples class of Canelo.

I myself don’t feel I have a good handle on this fight due to the potential stinker factor if Jacobs chooses to run heavily, the bane of modern American boxing. Anytime a decision goes to the judges, it becomes less a carefully crafted decision and more akin to a dice crap shoot rolled against the grimy wall in a back alley, so let’s crunch some more comprehensive Boxrec numbers:

Canelo has been ranked #1 P4P on Boxrec for a while now as well as being #1 middleweight with Jacobs being #3 middleweight and # 17 P4P. Since losing to Golovkin, Jacobs has won 3 decisions over a collective opponent record of 56-0 who currently rank 26th, 10th, and 7th that averages a Boxrec 14th ranking, a respectable comeback. Canelo’s last 3 fights have been a draw, decision, and KO over a collective opponent record of 102-2 currently ranking 5th, 2nd, and 2nd(Golovkin x2) that averages a Boxrec 3rd ranking, so while Jacob’s 3-0, 0 KO record is technically better than than Canelo’s 2-0-1, 1 KO record, his overall competition pales in comparison.

Oh, and let’s not forget the curse of Canelo being favored 17-2 by Ring “experts.”

Ya basta! I’m full up with number crunching, so let’s see if these fighters can make a place in the Pantheon of Valhalla with a fight that reverberates for 100 years hence. If their dreams cannot exceed their grasp, than what is a Valhalla for?