Dominic Breazeale takes a crack at the WBC belt held by Deontay Wilder @Barclays in Brooklyn, New York this Saturday, May 18th, but that ain’t all he wants a crack at. 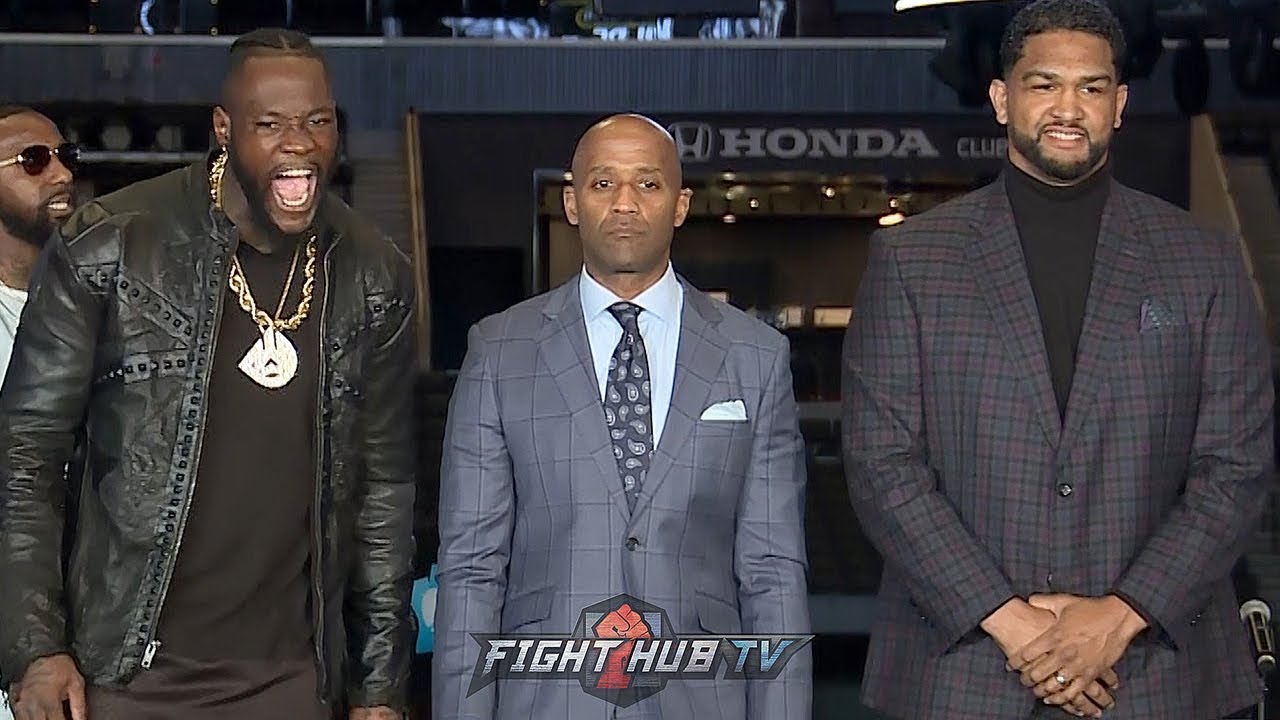 Breazeale’s long suffering dream of getting his hands on his cowardly attacker of his family has finally come to fruition. The backdrop was that after sharing the card in Birmingham, Alabama 2 years ago, in the lobby of the hotel where both were registered, Wilder, seemingly assisted his boxing sibling, Marsellos Wilder, and heavily reinforced with a dozen or so thugs of Wilder’s entourage, buffeted and battered Breazeale and terrorized his wife and two kids who were forced to flee for safety. Such is completely out of character of the Marquise of Queensbury Rules that boxing operates under that are supposed to fairly regulate applied rules of boxing, but defilement of such is too often the modern construct of today’s manhood both in and out of the ring.

Breazeale is supposed to have filed a lawsuit against Wilder, but basically the whole thing was quickly swept out of sight by their mutual overseer, Al Haymon. Wilder has also had similar results swept away after at least two arrests for battering women not of his “family” in other “hotel incidents.”

Breazeale also sued the hotel for not having proper security, but I’d have to think the lobby staff and or guests would also call the police as just a couple of security guards would’ve been unable to stop the extended melee. No word on what any of the terrified guests may have thought or any official charges being filed, and the only public eyewitness account I read about was filed promptly after the incident by one of the more reliable writers in boxing, Steve Kim.

Breazeale has mentioned his kids are afraid for his life all while the heavily prison tattooed Wilder goes full ghetto about literally killing his opponents in the ring in the lead up to this regrettable fight, something not seen since the public meltdowns of the mentally ill Mike Tyson propped up to be exploited for ages well past his best days. The boxing suits are always looking to squeeze every last buck to be made on a fighter as can be seen with this low brow promotion.

Here’s the news report of the Birmingham incident, but the footage is smartphone footage from a distance and it’s difficult to make out what’s happening other than clearly someone is getting accosted:

Neither one of these guys is noted for their fancy Dan boxing skills, but they are hugely tall men at 6-7 height and corresponding weights who can brawl a bit and hit fairly hard as can be imagined, but they also get beat up in the ring almost as much as they dish out their beatings. One factor going in is that Wilder has been strangely underweight compared to previous outings leading to rumors of some ongoing physical problem or disease.

The WBC has been perceived as being the weak sister in the heavyweight proliferation of ABC belts these days after the retirement of Champion Emeritus Vitali Klitschko, so no matter who the owner is after the fight, nobody but Wilder’s entourage will ever be calling him champ after his string of TBA short notice defenses. Breazeale at least gets a full 6 week training camp for this no matter how much the ref on the night may be handicapping him, and make no mistake that nobody is calling for a rematch of Breazeale and Joshua. Thus far the suits have made peanuts on the thuggery of Wilder, aka the Bronze Bambi aka Deyonce on boxing forums in derision of his bogus belt and TBA short notice defenses in Birmingham, Alabama. TBAs and short notice fights have become an Al Haymon trademark along with being bunkered out of sight deep in Las Vegas as he relies on his spokesmen to do his bidding.

Aside from all the suits lined up against him, an unstated obstacle against Breazeale remains, that of sporting a set of titties that would do a 12 year old adolescent girl proud. Now, no offense to the man booby world of today, but I can’t recall off hand any champion fighter of note sporting such a rack as Dominic. Maybe he can train them off for this fight, we shall see.

Besides Wilder, the only other big $$$ in the heavyweight division to be made would be undefeated Tyson Fury against Anthony Joshua, but thus far neither fighter has been keen on that fight that is not surprising given the utter dominance and classy global appeal Joshua has shown over the division, good enough to make Boxrec’s P4P top 10 at #6.

So, tomorrow will be a day of reckoning for Boxing to see what direction the Grade B heavyweights will take. Thuggery or Family Man? Wilder or Breazeale?