The Tyson Fury vs Deontay Wilder French Farce in LaLaLand

The former Ring heavyweight champ of all the title belts that counted for anything, Tyson Fury, continues his comeback from disgrace to challenge the All American cupcake Deontay Wilder for his TBA/WBC Cheesebelt @Staples Center, Los Angeles this Saturday, December 1st.

The mercurially unstable Fury is now on his 5th trainer in 10 years of boxing. That time frame includes a recent 3 yr Bacchanalian where he blew up to near 400 lbs whilst being riddled with drug accusations, a spate of mental illness, and a nasty spat with his incompetent ruling commish, the BBB of C, yet here he is making his 3rd comeback fight far, far away from the green isles of Great Britain. Ben Davison is his fresh young trainer, he of the former middleweight champ and still undefeated fellow Irish traveler, Billy Joe Saunders. Davison has been tapped to bring broken Icarus back to the greatness he has fallen from.

Fury has been training like a fury to drop more than 100 lbs of pure blubber, but we’ve seen this before in the ill fated James J. Jeffries comeback against Jack Johnson more than a century ago. In this case, the just turned 30 year old Fury is much younger and not been retired for the 6 years Jeffries was. Perhaps more importantly, he also been working with Freddie Roach for a 4 week camp at the Big Bear high altitude before moving down to his famed LA Wildcard Gym, and Freddie is supposed to be working his corner as the cut man. More likely Freddie will be in the referee’s face anytime he sees officiating monkey business going on, something almost guaranteed in a bout this big, ie: Andre Ward  vs Mikkel Kessler in the inauguration of the original Super Six Tourney series where the appointed ref of this fight, Jack Reiss, allowed Ward to headbutt, lowblow, hit on the break and rabbit punch the tourney favorite Kessler into submission, a low water moment in American boxing that occurs near weekly these days.

In 2015 Reiss stopped the TBA/short notice journeyman Johann Duhaupas on his feet after taking a few punches. That insured our dearDeyonce, who had been fighting with a completely shut eye for the previous 4 rounds that are normally grounds for a stoppage upset, would advance to bigger peanuts on the dollar paydays. Remember, California is the state so dysfunctional that it tried to secede not from the Union this year, but from itself by splitting into 3 states before being shot down by the courts! Those folks ain’t right in the head, so hence landing this French Farce!

Crafty boxing disguising that Fury is holding up his trunks to prevent mooning the fans…only in boxing!

Our Dearest Deyonce as he has become known to his critics who greatly outnumber his few fans, is finally stepping up to the big time after a 10 year career of fighting TBAs on short 1-2 weeks notice. For those needing an abbreviation translation, that’s “Too Be Announced” fight lingo for a fighter who steps in when the promoter has a venue with some fighters but no opponents that buys time to troll for the lowest bidders. He’s had the same 3 trainers for 10 years including former welter champ Mark Breland, and now he has 3 managers that include  Al Haymon these last 5 years, so his meager bags of peanuts get parsed up 6x plus the promoter for sparse earnings all around once Deyonce’s share comes around. This fight guarantees the proverbial jackpot for all concerned, yet is still peanuts compared to what the great Brit, Anthony Joshua, rakes in as the King of all he surveys in the boxing landscape. It’s been left up to The Big Goof to promote the thing, and here he does during a hilarious street stroll around downtown LA as he discovers only 2 of the few dozen people on the street have ever heard of Wilder.

As far as demonstrable skills, even club fighters of yore would greatly exceed Deyonce, but what he does have along with the referee in his pocket for every fight is his eraser, that wild right hand needing surgical repairs that bails him out trouble in all but one of his 40 TBA fights. And yup, he needed that ref to buy him extra recovery time after Ortiz had blasted him to smithereens,  thus booting him down the line to make the Fury fight.

Deyonce swings off balance ready to be easily countered 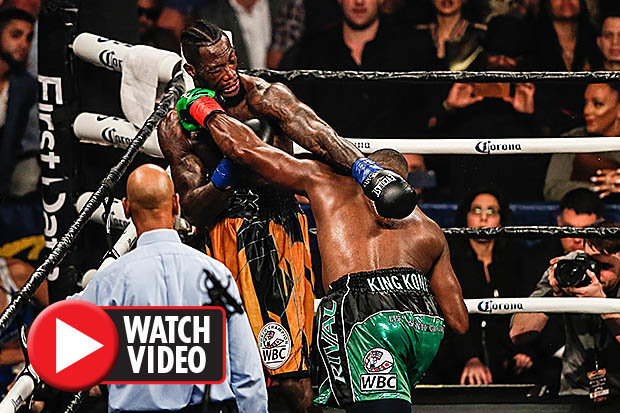 Pummeled into the corner ready for a nap

In Fury’s two comeback bouts, he was off balance needing to hold the ropes and punching weak as a new born kitty, so he may well be permanently lost as a top heavy. If indeed he can regain the use of his legs and balance, his hand speed appears to be intact, but it was the imposition of his massive size and strength as much as anything that enabled him to shrug off any Wladimir Klitschko clinches with furious flurries of punches. It remains to be seen if he can recover that formidable aspect of his game.

The ebullient Fury is, however, still an apex predator in getting under opponent skins with his blarney, easily instigating a woefully weak two bit sucker punch from Deyonce to demonstrate just what a thug he truly is. If either gets stretched out on the canvas, there will be massive celebrations. It’s a fight for the haters as it were, so sadly, but it didn’t have to come to this, especially for Fury who for all his numerous flaws, is still an off the cuff comedian at heart.

Then we have the ultimate wildcard in play, the nanogram BALCO Vic VADA drug testing to consider that has derailed over $100 million in fight purses by now and ever counting! 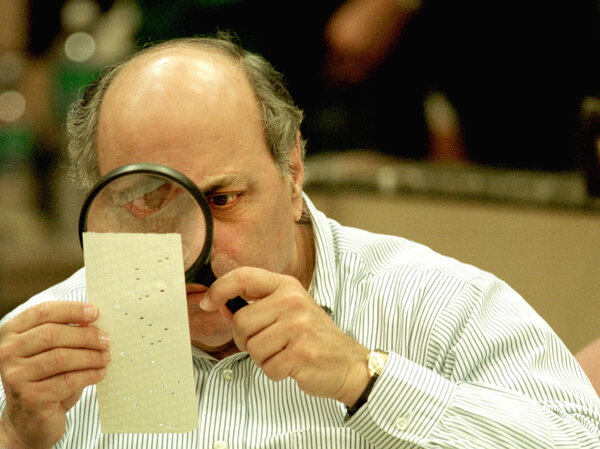 Looking for Any Street Taco Residue!

Lord only knows what might happen of either fighter spontaneously partakes of an LA street taco!

Time to rumble young men, rumble and let the flac of two untested fighters fall where they may…

The Strange Case of Deontay Wilder, The Last US Olympic Medalist

Deontay Wilder was the sole US Olympic Medalist in boxing from the Beijing Olympics of 2008, the only bright spot among that ill fated Olympic squad.

He won a bronze medal, so perhaps flew under the American radar upon his return given the poor showing by the rest of the team, a far cry from the gold medal bonanzas Americans used to gather in as their birthright in the glory days of yore.

Difference between Big George’s pro career and Wilder is that Foreman started off facing some pretty stiff competition and quickly became a ranked and greatly feared fighter.

Young Wilder is a month away from turning 25, the start of traditional athletic peak years and coming up on 2 yrs as a pro while sporting an 11-0, 11 KO record. Sounds great, right?

He might well be 22-0, 22 KO, but he won’t be within a light year from landing a ranking by facing the poor opposition he’s been feasting on. His last two opponents were 400 and 300 pounders respectively. The 400 pounder had never beaten a fighter who had won a single fight and is so poor that not even boxrec will rank him. The 300 pounder is just under a 500th boxrec ranking, meaning there are almost 500 fighters around the world ranked ahead of him.

I’m sure there are many more qualified folks than I in boxing wondering how Wilder can develop into a contender fighting such morbidly weak fighters?

It’s not like he doesn’t have a strong team behind him either.  Mark Breland is his trainer and is arguably the best amateur boxer in US history, an Olympic Gold Medalist and two time WBA welter champ, so he has some chops. Wilder is managed by Shelly Finkel and promoted by Golden Boy Promotions, high profile insiders.

Did Golden Boy blow a golden opportunity this Saturday to feature The Last US Olympic Medalist as the headliner in Las Vegas on an otherwise dreary weekend in boxing that sees him buried in Mississippi fighting another 38 yr old no hoper flirting with a 600th boxrec ranking?

And Mark Breland relocated from Brooklyn to Mississippi to train Breland for this?

Or is Deontay Wilder simply not interested in doing more than exploring the bottomless depths of boxing’s empty barrel?

Shame is that he’s a very long, lean, handsome, telegenic type of kid that Americans desperate for a glimmer of hope in the heavy division could really get behind, but the general public has just flat out never seen him or forgot about him if they had even heard of him.

The most damning, obscene words imaginable fail to capture the depths that the long time dominant American Big Man in boxing has fallen into for this and future eras it would appear.

There is HUGE $$$,$$$,$$$ to be made for the next American heavyweight champ, but apparently all you can eat buffets and soft opposition that they can gum are more inviting with this generation.

Nobody with any sense expects the kid to necessarily be fighting fringe contenders in his 2nd full year of professional boxing, but the kid is moving backwards at a faster rate than he’s moving forward. He’s being de-evolved as a prospect, and nowhere near being a contender in this lifetime.

Well, it’s his life and his career and he and his handlers can do with it what they may, but it remains a mystery for a fighter known as the Bronze Bomber.