A former two division champ, Rances Barthelemy, 27-1, 14 KO, and former lightweight champ,Robert Easter Jr, 21-1, 14 KO, duke it out for the vacant WBA lightweight title on Saturday, April 27 @The Chelsea inside of The Cosmopolitan of Las Vegas. 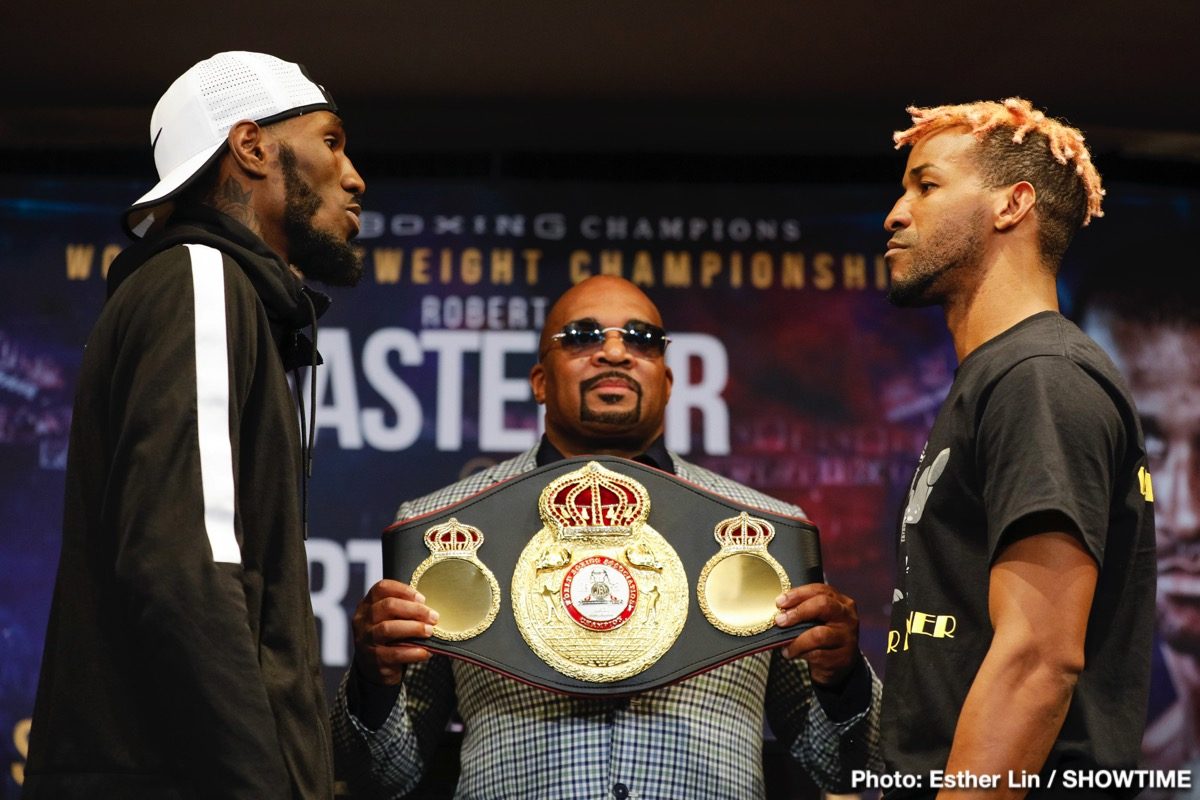 Of all the Cuban defectors turning to professional boxing, in spite of their accomplished amateur credentials, they have uniformly been unable to catch on with the American public as pro boxers. I saw the Kid Blast Rances as not only gifted in natural attributes, but possessing a pleasing, flashy American style, but for whatever the reasons, he like most Cubanos simply never fought enough fights, and now he’s 32 years of age, so it’s come time to step on the accelerator before his time is done.

As to the 28 year old Easter, he looked great against the usual suspects coming up, but against better competition he was somewhat exposed as lacking higher boxing skills or natural attributes. He’s still young enough to turn things around and now is supposed to start using his Dad as his trainer, but can he do it? I’d say Rances can do everything better than Easter, but will he?

Such is boxing in a nutshell, and it’s a good scrap, so enjoy!