The crafty Octogenarian Bob Arum caught smirking like the cat who ate the canary with his signing of the 2X Cubano Olympic Gold Medalist Robeisy Ramirez. 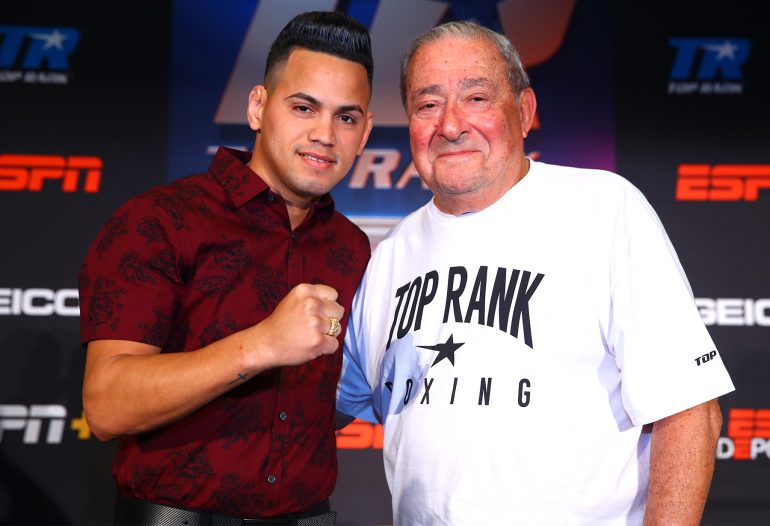 Young Ramirez will compete at featherweight for now, a perfect set up for Arum’s other two featherweight stars, Shakur Stevenson and Michael Conlan, always needing ever bigger fights on their path to glory. The kid should be fast tracked as a potentially greater talent, say 2 years before he catches up and fights the first of them. Some of his Ama and Olympic highlights here.

With at least part of his family seemingly stateside who may or not be a good influence, he should have some grounding unlike some of the other Cubanos tossed into the American cultural overload. The kid won Gold at age 18 and repeated, so you can bet the farm on American based trainers to be scrambling for a chance to lead him to professional glory.

Part of the previous Cubano failures seem to be with poor Cubano management and trainers who don’t understand the pro style and capitalist nature of the American fight game, so touted Cubano Olympic fighters thus far have never fulfilled their pro promise. That’s my generalization for better or worse.

The kid at age 26 in his full athletic prime years also looks telegenic enough to land some lucrative endorsements, so presumably Robby looks to exceed previous Cubano efforts, but only if he has the proper management and public grooming for that beyond the fight game. I’m thinking the most obvious training pairing would be as a sparring partner for Vasiliy Lomachenko, the most successful 2X Olympic Gold professional in history. If his father and trainer,  Anatoly Lomachenko, took on Robby, the Axis of the Earth might shift to Cuba.

Here’s hoping for The One, which is if I don’t say so, a super snappy moniker that could very well describe the kid. Make it so! 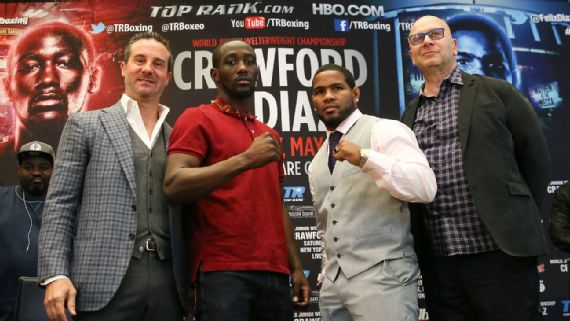 Crawford makes a strong case study for everything that is right in boxing and dangerously wrong for Crawford personally. Bob Arum has done his damnedest to promote him into the soon to be retired Manny Pacquiao PPV replacement slot by building his local Omaha fan base. Arum secured excellent, increasingly more difficult developmental fights for him, yet in his biggest coming out party and PPV debut at the MGM Grand in Vegas against Viktor Postol, it was a flop, only 50K PPVs if even that. OK, we have to acknowledge that boxing PPVs in 2016 sank to, what, a 30 year low that year with the exception of Canelo Alvarez of Mexico and Anthony Joshua of the UK.

Oh, most certainly, Crawford fought his most brilliant fight against his most formidable opponent that he got little credit for because of the 2016 blow back after the 2015 Manny/TUE record setting farce, but there’s more at play here. Coming up and just breaking into contender status, he was interviewed and told of taking a grazing scalp wound when a guy pulled out a gun during a craps game. The inference of the article was that he had matured past those dangerous lifestyle choices, a story of redemption leading to the fulfillment of his potential in a feel good rags to riches story. So, going into to his PPV debut, instead of his focus being on the grand fight, it was on “Bud” Crawford himself and his fellow “buds” ganging up on some overwhelmed auto body shop owner to hijack Bud’s car in the middle of paint job or some such nonsense. They damaged the guy’s equipment and put a big scare into him as we can imagine, so of course the owner pressed charges, won a settlement, and Crawford was put on 2 years probation. The net result was basically telling the larger, casual boxing public that boxing needs for big promotions that Crawford was just another 2 bit street punk soon to become unraveled and behind bars and hardly worth the effort.

Coming into this fight against Diaz, he had another incident involving a girl friend fighting another girl in a street fight where he pulled out a concealed, permitted gun to brandish that scattered the smattering of spectators watching, but landed him into hot waters again. So, while thus far his flawless boxing as been top of the heap, his personal judgement in his regular life is proving problematic and potentially life threatening had someone else pulled a gun in retaliation to start a shootout in his most recent self inflicted mishap.

That certain segment of the thug culture in the US may yet adopt him en masse as they did Mike Tyson and Floyd TUE Mayweather Jr, but that culture is heading for something of a bleak extinction given their lack of relevance in this new rapid fire information culture. At any rate, they are only a small segment of the market he needs to capture for financial success.

Now as to Felix Diaz, while not Ring ranked, he holds a worthy 20th Boxrec ranking, an impressive 2008 Olympic Gold Medal, and is a squat, tricky, 5’5″ southpaw, the kind of fighter that can cause any fighter problems. This matchup could further be seen as the longtime desire of Bob Arum to prep Crawford for the southpaw style of Manny Pacquiao fight. A potential problem with that is that Arum is in his mid 80s and has recently put on some weight and sounded less than lucid in interviews of late and may not have the control over boxing that he used to.

Just think how far Don King as fallen in relevance in his advanced years. Manny was supposed to fight Amir Khan in April, but that fell apart over money and control of Manny’s career when he and manager/advisor Michael Koncz independently tried to negotiate a fight outside the Arum loop with Khan in Dubai for fabulous money, so nobody to really know where the Golden Goose lays his next Golden Egg save Manny reluctantly committed to the Horn fight in Australia for about 1/6 of what he would have made in Dubai after that deal fell apart.

Certainly there’s not much spare money in this fight, but fight fans may be as well pleased as can be possible for such an unlikely demographic with this matchup. By rankings alone it’s a bit of mismatch, and by the bookies, 25-1, but by styles and caliber of talents, it could be quite interesting for as long as it lasts. Any early ending will be by Crawford, but straggling to decision is always a crap shoot in boxing. Crawford’s already dodged one bullet looking to put a hole through his noggin, so he best not push his luck with another crapshoot.

That POT ‘O GOLD at the end of the rainbow still remains within Crawford’s grasp, but rainbows quickly fade, so he best get to cracking in the ring and straighten up outside it. When Manny retires as expected for his campaign for the Filipino presidency, not even Manny Pacquiao can continue boxing.